This Creamy Potato Soup with Leeks and Bacon is a delicious meal that combines simple flavors to create a meal that everyone will beg to see on the table this week.

Another more kid-friendly idea is making our Easy Potato Soup Recipe. This one doesn’t have leeks, which some children don’t care for in soups. 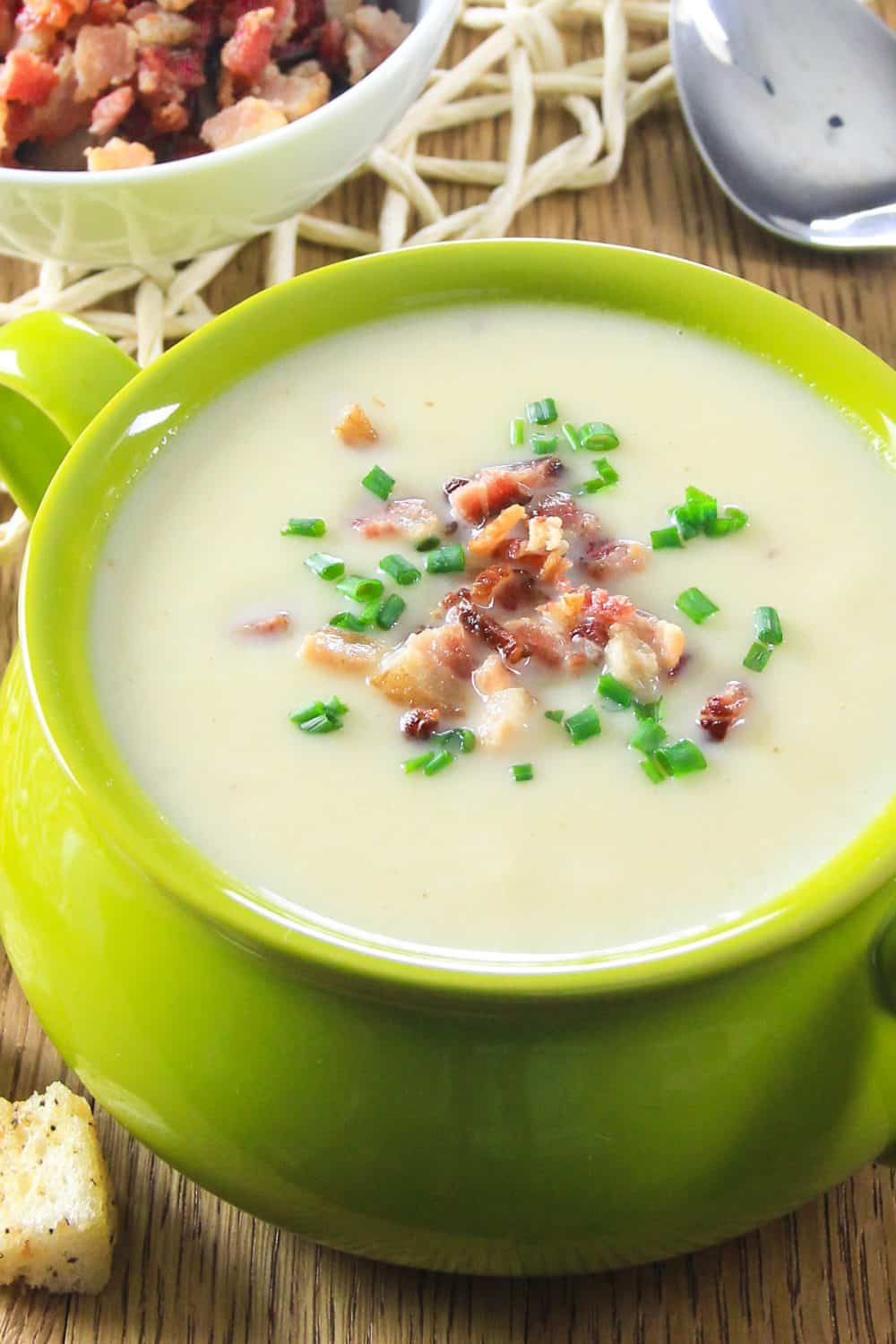 My creamy potato soup is a very simple soup made with potatoes, leeks, broth (vegetable or chicken), and heavy cream. It is also called Vichyssoise when served cold. Vichyssoise is commonly served in the summer as it is very cooling, but I prefer to eat my soup hot. Normally, potato leek soup isn’t made with bacon, but I like the smokey kick it gives to the soup so I decided to add bacon in this recipe. Also because you just can’t go wrong with bacon. If you set out to make this soup, use an immersion blender, or hand blender. It will save you from using your blender and washing extra dishes. Immersion blenders are lifesavers in the kitchen! 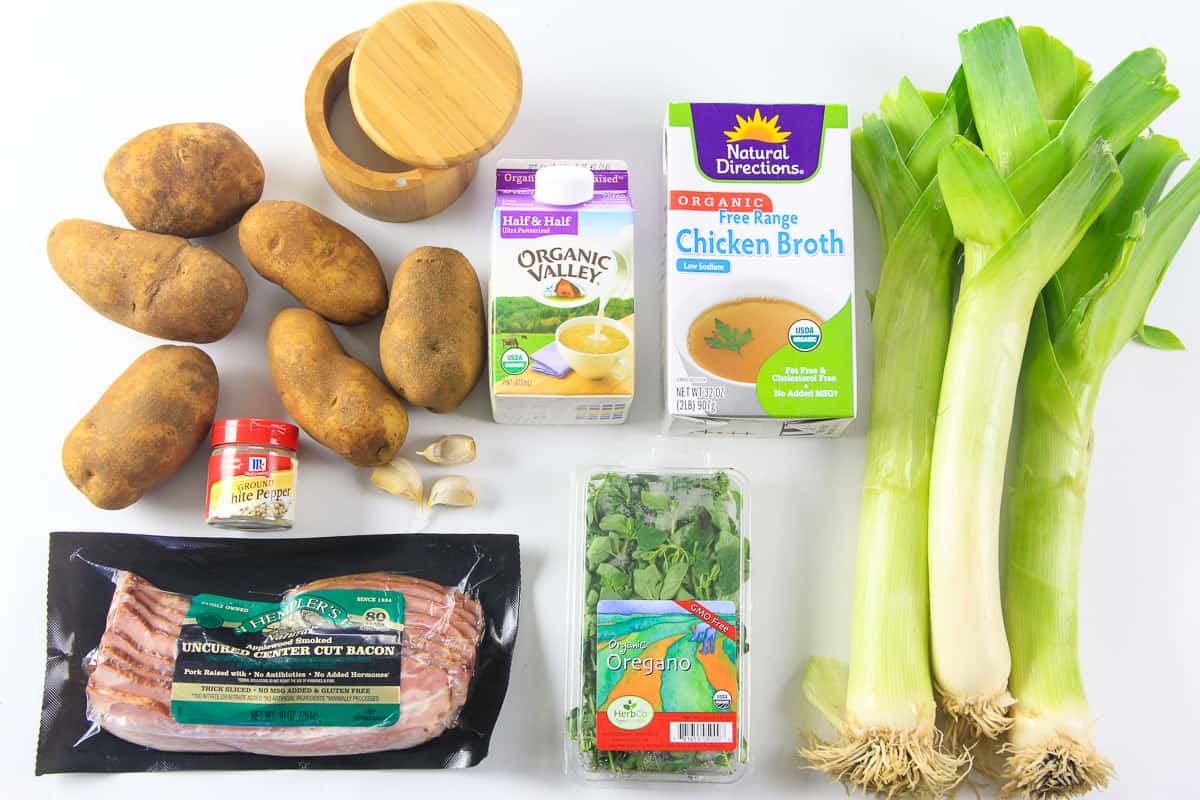 How to Make Creamy Potato Soup with Leeks and Bacon

Following the directions below in the printable recipe, prepare your bacon ahead of time to crumble for topping the soup. Clean and prepare leeks, onion, garlic, and potatoes as directed. Cook the leeks and garlic as directed before adding your water, broth, and potatoes to cook through. Blend as directed for a smooth creamy soup. 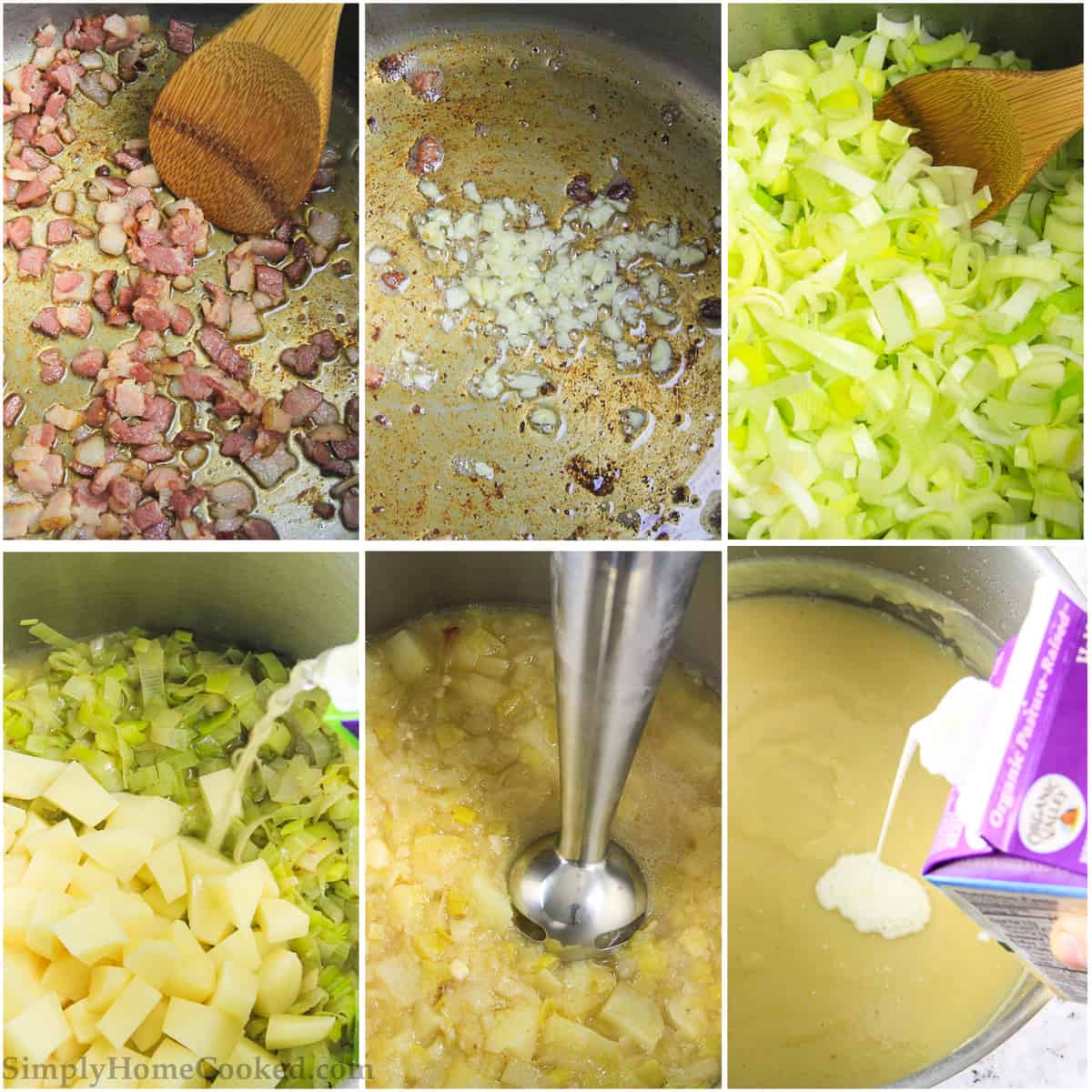 This process is only a few steps long and makes a delicious creamy soup that is full of flavor and the ideal comfort food meal. 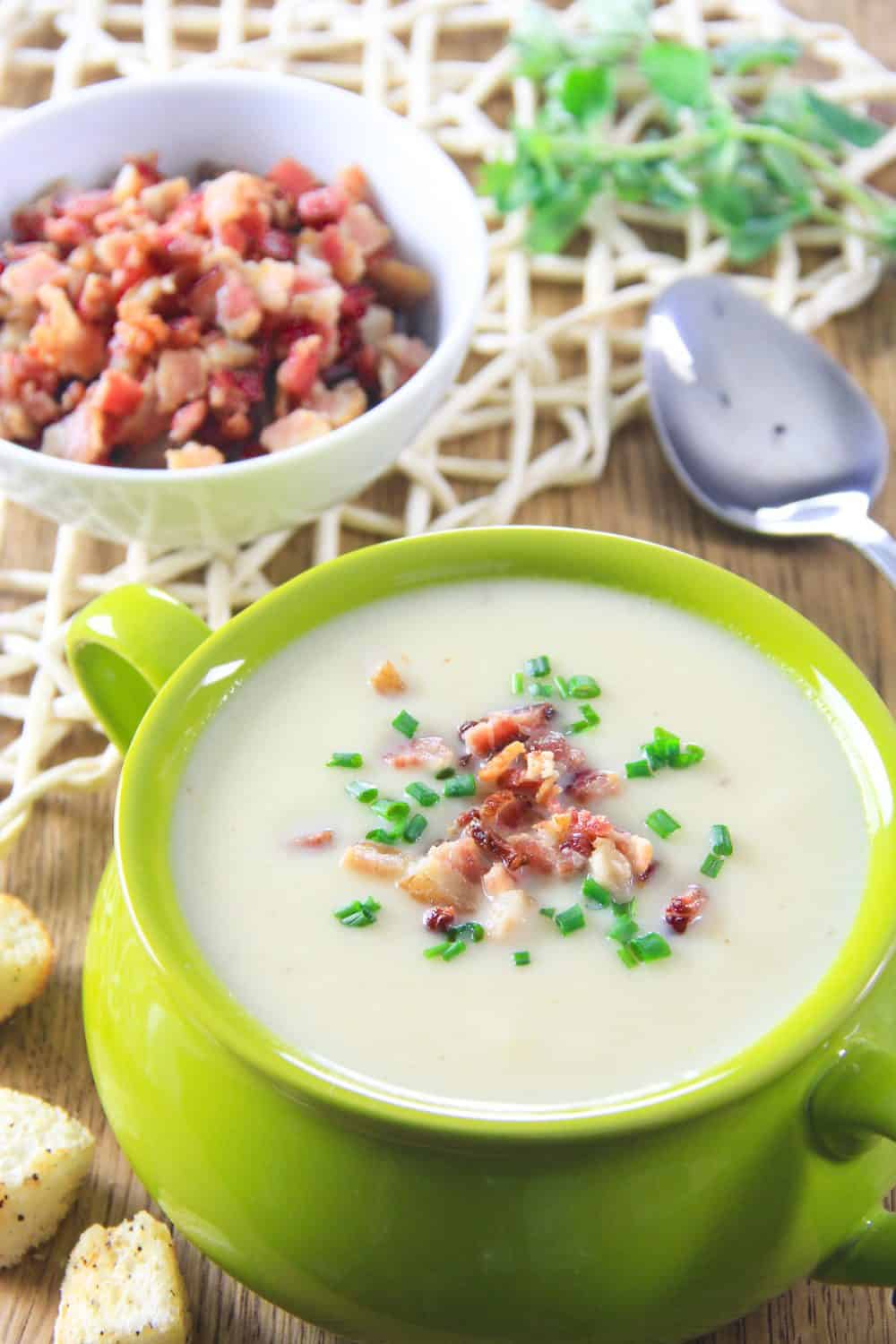 While some only eat soup certain times of the year, I love a good soup year round. Below are some of my favorite easy soup recipes that I know your family will enjoy. 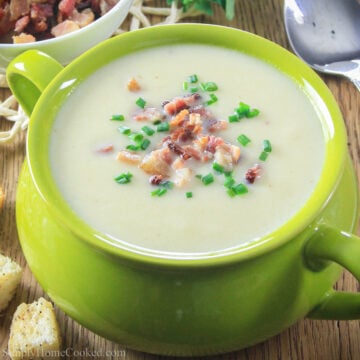 Serve with the reserved bacon bits and freshly chopped chives.

This recipe was originally posted August 25, 2015, we’ve tweaked it a bit since then.

Follow me
Dina
Hi, I’m Dina, so glad you stopped by! I believe life is too short for bad coffee and boring meals. With my easy to follow step-by-step recipes, you’ll be surprised at how quickly a wholesome and delicious meal can come together. I hope you find something you enjoy!

This site uses Akismet to reduce spam. Learn how your comment data is processed.

Hi, I'm Dina, so glad you stopped by! I believe life is too short for bad coffee and boring meals. With my easy to follow step-by-step recipes, you'll be surprised at how quickly a wholesome and delicious meal can come together. I hope you find something you enjoy!